IT’S an uncomfortable truth as a bloke, but here it is.

If a glamorous actress wore a hoodie to the Golden Globes – virtual ceremony or not – they would never live it down.

The moment would tar their reputation with studios, casting directors and agents from Hollywood and beyond, who would sneer at the move as lazy and dismissive.

But for a bloke – Jason Sudeikis, in this instance – it is somehow passed off as a quirky statement, an amusing quip and something which will be forgotten in weeks. And that’s a mistake.

The leading man went viral yesterday after wearing this tie-dye number, which doubled as an ad for his sister’s New York dance studio, while accepting a gong for Best Leading Actor for his role in Ted Lasso.

Jason told reporters after the online event: “I believe in the product as much as the message. I had a multitude of hoodies of a multitude of things I believe in and support. This one seems most appropriate.” But as much as Jason seems a nice enough bloke, who probably meant well, he has missed the point. The Golden Globes – just as with the Baftas, Oscars, Grammys, Brits and any of the other big awards events – is a big deal.

Stars from around the world, even Zooming in remotely, made an effort to give the bash an A-list vibe and female guests in particular – hosts Amy Poehler and Tina Fey to name just two – pulled out all the stops to make it feel like the real deal.

Because if A-listers don’t care about these things, why should the viewing public who tune in to their films and TV shows after seeing the awards hype?

If we’re going to plough on with awards season, even in the absence of glam red carpets and boozy after-show parties, please make the effort somehow.

It may seem a small thing, but if even the most glitzy events of the year aren’t aspirational parties we’d kill to be at, then what is the point?

She was named Best Actress in a TV Drama for her breakout role as ­Princess Diana in the fourth series of Netflix’s The Crown.

Accepting her award, Emma said: “Most of all, thank you so much to Diana. You have taught me compassion and empathy beyond any measure that I could ever imagine.”

She later reacted to news that Prince Harry said he had watched the show. She said: “Hearing that really moved me in a way that I wasn’t expecting.”
‘Bulletproof vest’ I’m glad that he enjoyed it and I feel moved and grateful for those words.”

Emma stayed up into the early hours to collect the gong virtually from her home in London. She then shared a photo of ­herself emerging dishevelled later in the day after her late night.

The ceremony — held across two venues on opposite sides of the US — was hosted by Tina Fey from New York and Amy Poehler in Los Angeles, with the majority of ­winners attending online due to Covid restrictions.

Other successful Brits included Sacha Baron Cohen, whose Borat Subsequent Moviefilm scooped Best Film (Musical or Comedy) and saw him take Best Actor in the same category. He said: “It’s fantastic. It’s wonderful recognition for me and particularly for our hard-working crew. These are people who really risked their personal safety, they risked arrest.

“There were times where I had to wear a bulletproof vest because there were really ­dangerous situations. There were situations I would never want to go back in to do again, which is why the grey suit is locked up and not coming out again.”

Rosamund Pike was named Best Actress in a Film (Musical or Comedy) for Amazon’s I Care A Lot, while John Boyega won Best TV Supporting Actor for BBC’s Small Axe.

In another British win, Daniel Kaluuya took home the gong for Best Supporting Actor in a Film for his turn in Judas And The Black ­Messiah.

Elsewhere, US sitcom Schitt’s Creek and film Nomadland each won two awards. Our stars did us proud but I imagine they’ll be eager to win again next year when, fingers crossed, they’ll actually be able to celebrate at the event in style.

Gal Gadot has revealed she is pregnant after wearing a loose-fitting dress which hid her bump for the ceremony.

The Wonder Woman actress and mum of two announced the news on Instagram with a photo of their hands on her tummy. She wrote: “Here we go again.”

CHADWICK Boseman’s widow Taylor Simone Ledward broke down in tears as she accepted his posthumous award.

Tearing up, Simone said: “He would thank God.

“I don’t have his words but we have to take all the moment to ­celebrate all we love, so thank you for this opportunity to do exactly that.”

Chadwick died last August after a secret battle with cancer. His award is a fitting tribute.

RICKY GIVES IT A MISS

RICKY Gervais has hosted the Golden Globes five times, most recently last year, but there was no chance of him tuning in this time around.

He says he hates watching TV awards shows and has bad memories of fronting the Globes, which are usually in January, as planning jokes for the night ruined his Christmas.

He said: “The Golden Globes I won’t watch. I never watch awards shows unless I have to. I don’t think I’ve ever sat through an awards show.”

Of this year’s show, the comic added: “I’m glad I’m not doing it. It was bad enough when there wasn’t a pandemic. It ruined Christmas. This Christmas was ruined because of the pandemic. So that’s two Christmases I’ve had ruined – one because I was writing jokes and one because I couldn’t see anyone.”

On his hosting duties, he looked confident as he mocked stars in the audience – but he admits he was terrified.

Ricky, who first fronted the show in 2010, said: “It’s a mental thing to do.
“Ten years ago I remember thinking, Why am I doing this? Two hundred million people watching. What if I f*** up? What if I say something horrendous? What if I go out there with a wee stain on my tuxedo?”

MARGOT Robbie went on Instagram after Sunday’s show to criticise the Globes for its lack of black people among the judges.

Meanwhile Sterling K. Brown – in 2018 the first African-American winner of a Golden Globe for Best TV Actor – Drama, for rom-com This Is Us –  had a pop on stage at organisers the Hollywood Foreign Press Association.

HFPA vice-president Helen Hoehne admitted on stage: “We have work to do. 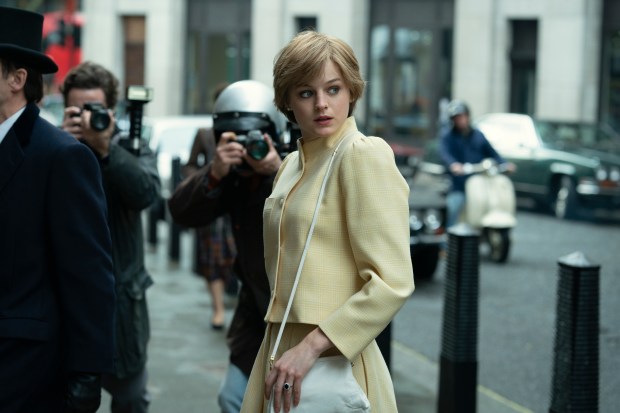 Council tax rebates worth £150m are owed to households that paid in advance, experts say

London is close to running out of drinking water, singer says